Filters
The idea of cashless society appeared in 1990s, when non-cash payments became popular in everyday life. As a result, some economists developed a theory of an absolutely cashless economy without paper money used for transactions or savings.

Since then, the amount of digital transactions raised manifold in the whole world, still none of the countries was able to completely remove cash from use. The number of non-cash transactions in the whole amount of payments made by citizens of a country shows how close it is to be able to negate cash totally. 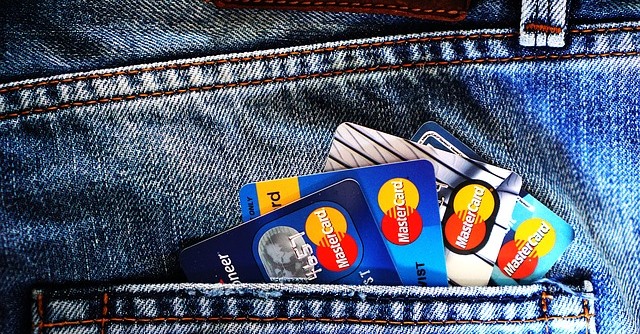 According to Letstalkpayments.com, the Scandinavian and North European countries have already passed most of the way. Here are the counties with the biggest share of non-cash payments out of all consumer transactions value:

As you can see, some countries are near to avoid cash transactions almost completely. Of course, cashless transactions are impossible without proper infrastructure, governmental support and motivation. For example, France is focused on payment innovations, including mobile payments, contactless cards, and m-POS, the same as Canada, where a lot of merchants use mobile and non-contact POS.

U.S. customers also widely use credit and debit cards, e.g. 24% of them say that they do not use cash in their typical week and 39% of them do not usually worry if they have no cash on hand, according to Pewinternet.org.

Innovative methods, including mobile payments and virtual currencies, are quite slow and will hardly have a chance to take significant part of corporate payments, still they are gaining momentum in personal transactions.

Due to the development of technologies we can face even more exotic ways of payments. Just imagine that you can purchase goods using your fingerprints, voice or selfie. Sounds fantastic, isn’t it?

Mastercards Biometric Fingerprint Cards
Recently Mastercard issued a new generation of bank cards verifying transactions with fingerprints. The scanning sensor is positioned right on the card that way that you can conveniently insert it to a POS-terminal and approve the purchase instantly. Currently being tested in South Africa this type of cards is going to be available worldwide at the end of 2017.

Biometric Fingerprint Payment Systems
Slowly perhaps, but biometry based payments are going to widespread in the nearest future with the help of multiple biometric fingerprint payment technologies like MyTouch, for example.

Innovative Online Payments
According to TechRepublic, the amount of mobile payments with biometric technologies will rise in 2017 to about $2 billion up from $600 million in 2016.

Mastercard Selfie and Fingerprint Recognition
In the end of 2016 Mastercard announced a new payment technology application that allows verifying cardholders using fingerprints and face recognition during their online purchases.

Except the multiple advantages of the non-cash economy, digital transactions contain multiple payment security issues, especially that the whole process comprises a lot of participants. Worth noting that innovative ways of authorization usually used in combination with traditional security practices add a new layer of protection to the entire process. Still, non-cash payment economy suffers significantly from frauds as earlier since sophisticated malicious software appears as quickly as the security level grows.

Advice for Customers
Customers need to remember several common issues they have to avoid using their smartphones and other devices for online payments.

Stolen Device. The most obvious way to steal money from you is to steal or pick up your lost device containing some personal and sensitive information.

Malware installation. The second way to get access to your payment application or sensitive data is to install malware on your device.

The ways for this are multiple and differentiate significantly. Attackers may offer you some applications containing malware and get access to folders or camera. They can also sell you some temper payment applications able to send your passwords, tokens and other security items to fraud servers. In fact, this malware is a legitimate application with replaced server routes inside.

Weaknesses of authorization or registration may also create fraud payments or swindlers can exploit the vulnerabilities appearing due to provided APIs.

Advice for Merchants
Access to sensitive data may be obtained on the merchant’s side, as well. In fact, POS servers are more preferable targets for fraudsters as they allow them to get access to hundreds of payment accounts at a go with almost the same efforts. So, here they use the same approaches, e.g. POS malware uploadings via weak remote accesses to POS servers.

Sometimes swindlers may use the weaknesses of the NFC (Near Field Communication) POS interface purchasing from fraudulent devices exploiting the opportunity of contactless transactions.

Despite some issues, non-cash transactions are much more transparent and trackable. An interesting fact was discovered by Kenneth S. Rogoff, a professor at Harvard and former chief economist at International Monetary Fund. Currently, 80% of all U.S. cash is issued in 100-dollar bills, and $1.34 trillion of it is outside of banks. Surprisingly an average American citizen carries 42 hundred dollars in his pockets, including children.

Kenneth S. Rogoff is certain that all that ‘missing’ cash maintains cross border cartels, traffickers, and other terrible things. Eliminating cash is able to avoid the problem.

Among the main drawbacks of non-cash transactions the lack of freedom and privacy are enumerated. Great price, isn’t it? The abolishment of money will certainly rise the influence of banks and governments and give them an additional lever to punish obstinate organisations and dissent in general. It also sounds quite possible.

So, as for now there is no general agreement on the perspectives of the cashless economy both among economists, politicians, statements, and other experts. Meanwhile, the society itself should form its attitude to non-cash life and each of us has to consider it carefully as well.
Tagged as Magento 2 tips