Filters
For many people, e-commerce has already become an integral part of their lives, since we regularly make online orders for products and services. 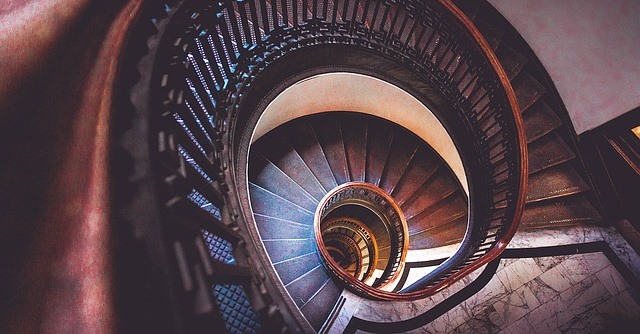 E-commerce exists for more than 40 years, and it constantly develops. Every year, the world witnesses innovations, new technologies, as well as new online businesses starting to operate in this field. However, there was the time when the idea of making distant purchases was just a dream.


The History of E-commerce: From the First Inventions to Modern Innovations

The year 1960 is considered as the beginning of the electronic commerce era when the American Airlines and IBM companies began creating the SABRE (Semi-Automatic Business Research Environment) automation technology for reserving flights. This was the first experience of creating an e-commerce system. SABRE made air travel more accessible to ordinary citizens helping them to easily deal with the growing number of flights.

In 1964, the possibilities of the SABRE system allowed reserving flights for 26 thousand passengers per day. American Airlines terminals connected to SABRE via telephone lines were available in more than 50 cities.

Around the same time, the United States began working on the automation of inventory management. With the active growth of mass production of consumer goods after the Second World War, it became obvious that the demand planning and inventory management processes required new approaches.

In the mid-60's, the first credit cards made of plastic with magnetic stripes were introduced. These cards provided the possibility of automation of financial operations. At the same time, the MRP concept was invented.

MRP stands for “Material Resource Planning”. The concept itself belongs to Oliver Wight, a business management consultant who proposed to consider the production, supply, and marketing processes in a conjunction. The practical implementation of this approach was based on the use of computer technologies, which allowed businesses to timely adjust their goals (changing requirements, correcting orders, etc.) during the production process.

In the late 60's, the creators of the global American plastic card servicing systems, the Bank of America and the Interbank Cards Association, organized joint mailing of cards, which resulted in rapid increase in the number of cardholders. At the same time, the number of companies working with these cards also grew. This situation forced the US banks, which had their own plastic cards, to join one of these global banking systems, otherwise, they risked going bankrupt.

The development of the Electronic Data Interchange (EDI) and Electronic Funds Transfer (EFT) in the North America in the mid-70’s marked the revolution of information exchange. From that time, business documents, faxes, emails, money, and other data could be transferred digitally between computers. However, only a few banks and large enterprises could afford to acquire such expensive equipment for their private network usage.

That’s when the English entrepreneur Michael Aldrich offered the idea of distant trading. During one of his casual shopping sprees in the overcrowded supermarket, Aldrich thought about using television to deliver products ordered in a store.

Shortly after this, Aldrich connected a television to the transaction processing computer that worked with the help of a telephone line. The invention was called “teleshopping”, which meant “shopping at distance”.

In 1975, a French engineer Roland Moreno invented and patented an electronic memory card. Based on this invention, the Bull computer company (France) developed the first smart card with an integrated microprocessor.

In 1976, the Bank of America decided to change the name of its credit card program from the nationally-oriented Americard to Visa International. This was done for the purpose of facilitating the international market penetration.


New Monetary System and Other Inventions

The same year, the Jamaica Conference was held in Kingston. During the conference, the representatives of world-leading states advocated for the formation of a new monetary system, which rejected the use of gold as the means for international payments. Also, world commercial banks formed the FOREX market as the main mechanism for international currency transactions.

Shortly after the conference, Whitfield Diffie and Martin Hellman, the American mathematicians from the Stanford University, proposed the idea of a digital signature as the authentication of electronic documents. The digital signature principle laid the foundation for electronic currency and electronic transactions as a whole.

May 9, 1977 is the date of the official opening of the S.W.I.F.T. (Society for Worldwide Interbank Financial Telecommunication) interbank financial transfer network. With daily traffic of about 500,000 messages, initially, the network was used by 513 banks from 15 countries in Europe and North America. Currently, S.W.I.F.T. includes more than 11 000 largest credit and financial institutions from more than 200 countries, the total amount of traffic is more than 1.5 billion messages per day.

In 1980, for the same reason as in the case of the Bank of America, the Interbank Cards Association changes the name of its MasterCharge card program to MasterCard International. Since then and up to now, VISA and MasterCard are the dominant payment systems in the world of financial transactions through credit cards.

At the same time, the first systems for conducting customer banking operations in private electronic networks appeared in the US. However, internet banking becomes available only in the mid-90s.


The Birth of the Internet and First ERPs

On January 1, 1983, the ARPANET network (USA) has switched to the TCP IP data transfer protocol. This day is considered as the date of the birth of the internet.

In 1988, SABRE was transformed to GDS (the Global Distribution System) designed to provide travelers with information services, reservations, and transaction processing. The system connected more than 30 thousand agents of tourist bureaus and 3 million interactive clients with 400 airlines, 50 car rental companies, 35 thousand hotels, and dozens of railway and travel companies, including those involved in the transportation of vehicles and organization of cruises.

One year later, Tim Berners-Lee, an English engineer of the European Organization for Nuclear Research (CERN), created the WWW (World Wide Web) standard - the system of interconnected hypertext documents. The same year, he created the first web server and the first web browser which debuted in public in August 1991.

It should be noted that the commercial use of the internet was prohibited by the corresponding American regulations till the 1990s. However, in 1990, several large private corporations were allowed to use it.

Eventually, the US government transferred the functions of internet administration to private individuals. This resulted in the increase of the number of commercial internet service providers as well as the consumers of these services. Soon, the internet connected millions of computers and hundreds of millions of people around the world.

In the early 1990's, appeared the first ERP systems.

ERP stands for “Enterprise Resource Planning”, an organizational strategy of integration of the production and operations, human resource management, financial management and asset management processes. The strategy in itself is focused on the optimization of enterprise resources through a specialized software. The idea of ERP was proposed by an American analyst Lee Wylie as the development of the MRP concept.

At the end of 1992, the NCSA (the National Center for Supercomputing Applications) team led by Marc Andreessen began developing a web browser that allowed users to navigate the internet using a mouse. The browser called "Mosaic" considerably increased the level of communication of a user with the network, making it accessible to any person, as it didn’t require specific technical knowledge and skills. As a result, the traffic of the network increased by 10 thousand times.

In 1994, Jeff Bezos, an American entrepreneur and computer scientist, founded the Amazon company. In July 1995, Amazon opened its website. At the beginning of the work, Bezos himself had to make bookhelves and pack books that people later ordered in his store.

The active marketing policy (creation of personalization technologies, simplification of the purchasing process, etc.) allowed Amazon to take the leading position on the e-commerce market. Today, Amazon is one of the largest online stores in the world that plays a significant role in the development of the internet commerce industry.

On February 1, 1996, the Visa International and MasterCard International, which at that time became the largest payment systems in the world, announced the development of a unified open standard for secure online transactions through plastic cards called SET. At present, SET is the universally recognized e-commerce standard.

In December of the same year, the annual turnover of Amazon exceeded $ 1 billion, largely due to pre-holiday sales. In addition, AOL, the largest internet service provider in the US, received the $ 1.2 billion annual revenue for 10 weeks of the holiday shopping.

In July 2000, the France Telecom company introduced the “Paiement CB sur mobile” payment system, according to which, plastic card payment operations were performed via mobile phones.

Since 2000, the most part of American and European e-commerce companies began to develop the online trading network. After a while, Asian enterprises joined them, which notably increased the scale of the e-commerce market.


The Evolution of Online Payment Systems

Online payments began to operate with the appearance of World Wide Web in 1990. The first organization that offered online payment services was the Stanford Federal Credit Union established in 1994.

In the beginning of the digital payment development, the major players in that market were the Millicent and Ecash companies. The most part of their online services used micropayment systems as the first attempts to create alternatives to electronic cash.

In 1998, the PayPal company began operating as a mobile payment firm providing wireless financial transactions. Later, PayPal decided to focus on online payments. Such decision was mostly conditioned by the fact that at that time, PayPal established a strong customer base on eBay, a powerful auction platform.

Since the day of its establishment, PayPal implemented numerous innovations in the digital payment domain, including sending payments via email, fraud protection filters, etc.

When eBay marketers began using PayPal, the eBay company created the Billpoint money transfer service that mostly copied the functionality of its competitor.

Eventually, eBay realized that such e-commerce strategy was unsuccessful and decided to acquire PayPal in 2002. This partnership lasted until 2014 when PayPal separated from eBay and focused on the needs of larger e-commerce market (not only the eBay market as it was before).

At that time, PayPal faced two strong competitors represented by the Apple Pay and Alipay online payment platforms. Latter they eventually surpassed PayPal on the e-commerce market and became the biggest online payment solution in the world.

Being the early pioneers in this field, Google, PayPal, and Amazon contributed a lot to the formation and further development of the e-commerce market. It’s noteworthy that in January 2009, a new payment technology – Bitcoin – was introduced. Currently, many online businesses are just experimenting with bitcoins, however their future is still uncertain.

The chronology of the events described in the article proves that e-commerce is the dynamic industry that changes constantly. The development of electronic payment systems and automation technologies lead to radical restructuring of existing forms of social production, distribution, and consumption. One should note that the development of information technologies will further influence the evolution of the e-commerce industry.