Filters
Of course, Magento 2 is far from the product maturity, and in fact it is just getting formed as a standalone product within the market.

But, we are all keen to know everything about those new stores made on Magento 2. How are they? What do they look like? What do they sell? Where are they coming from?... Well, we made some studies and are ready to present you the profile of the first Magento 2 stores below. 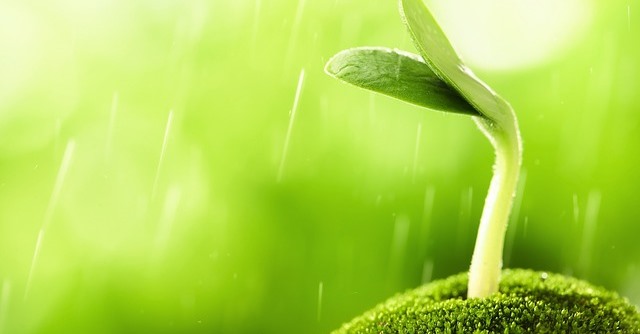 The study uses the Magento 2 stores data provided by BuiltWith. The data sample value is 1% of all detected Magento 2 stores in operation randomly selected from the pre-filtered M2 stores list.

Walking through the list of provided stores we need to notice that it contains a lot of non-operational, purely promotional and sites containing only sample data and default themes. We find it natural as far as many users are just getting acquainted with the platform and we witness their first steps towards the new functionality.

As for other parameters, they are largely similar to Magento 1, but have some naturally grounded differences. Below, we’ll compare two platforms in details and try to explain you, why Magento 2 is cheaper and more english-related. 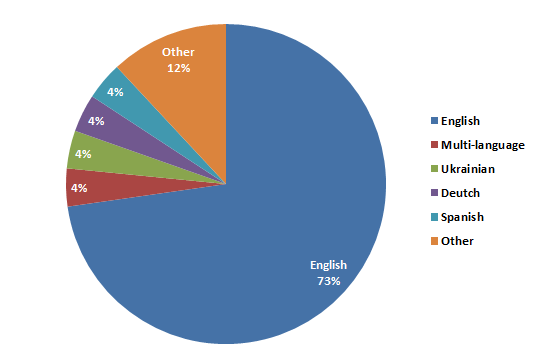 The main reason for that state of things is that we didn’t find any sufficient number of stores in Spain, where Magento 1 is currently pretty popular.

We have already mentioned, that Magento 1 is a greatly diversified platform that made a successful leap from the U.S. to Europe and even Asia. Apparently, Magento 2 had no enough time for the same conquest and shows higher concentration in the U.S. 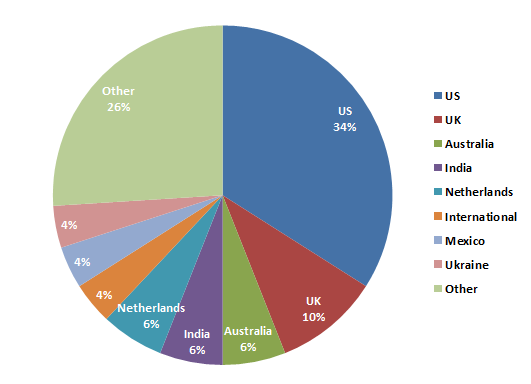 The number of detected countries of Magento 2 stores is actually the same or even higher, but they are scarcely represented there, perhaps, except the UK. In Magento 2 we have almost the same enumeration of embraced countries, but their shares are different a bit. For example the Netherlands take a significant share among the early Magento 2 adopters. But, as the platform develops the Dutch share will likely decrease, just because of the population limitations.

By products segments the platforms are also a bit different. In Magento 2 we do not find some traditional for Magento 1 segments, including electronics and furniture. Instead, it is used for hobby and food products that is not typical for Magento 1. 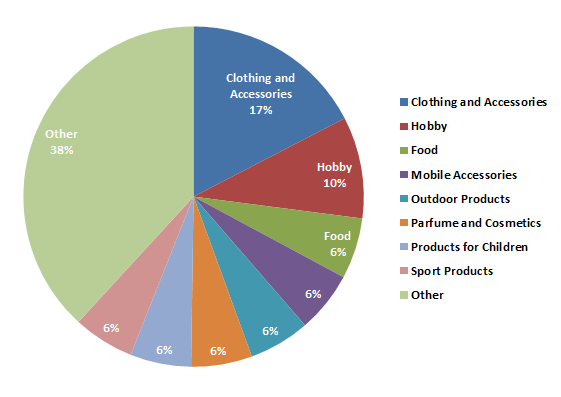 However, Clothing and Accessories remain the most crowded product segment for both Magento segments.

We have also analyzed Magento 2 by the used business models and here are the results. Expectedly, the B2C segment is much wider.

Analyzing the above segments by average prices we may say that sport equipment is the most expensive among the presented products and you should also work hard to afford a hobby.

The highest prices are detected in the Australian stores and, surprisingly, in Mexico. As far as the Mexican stores are the only ones using Spanish, it is also the most expensive language.

The prices in the B2B segment are a bit higher - $166, while retailers sell for $120 on average. In general, the average price of the analyzed stores is $126. 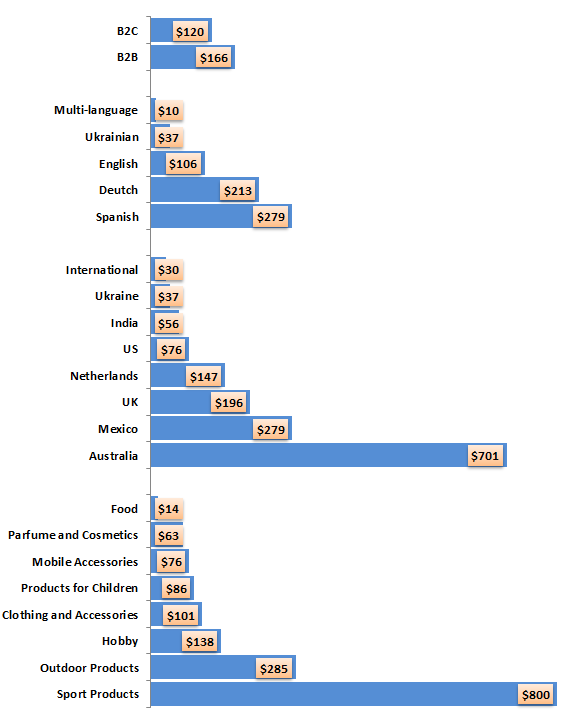 Magento 2 has some impressive performance optimization features, including integrated Varnish caching. OK, we are ready to recognize that it is better equipped, but how does it perform in practice? Here are the results.

Magento 1 takes 7, 008 sec. to load for the main page, and Magento 2 - 7.052 sec., accordingly. The result seems to be the same, but if the Magento 1 web stores are deliberately optimized for better results, the Magento 2 sites are mostly going as they are.

The Magento 2 sites hosted in the U.S. are 27% faster than the average result for all the sites worldwide. The same showing for the European Magento 2 web stores is more impressive - 322%. Still, Magento 1 outperforms Magento 2 in the U.S. and Australia and is better prepared for local visits in those areas.

As a result of our study, we can say that Magento 2 is yet to come a long way from the early product to the global platform. So, the differences we notice between Magento 1 and Magento 2 arise from their different statuses.

Magento 2 is less diversified by languages and not so widely presented worldwide. We find its stores in Canada, Ireland, France, New Zealand, Singapore, etc., but their appearance is sporadic.

Currently, Magento 2 is presented by a bit different product segments, and sometimes not typical for Magento 1, including food and hobbies. We have found all Magento traditional segments here as well, including, home appliances, books, shoes, etc., but their shares are not that large.

In our tests, Magento 2 stores have almost the same loading time as Magento 1 web sites. We find this result successful, since Magento 2 stores achieved it without any additional optimization efforts. Still, local performance is better adjusted in Magento 1 stores, especially in the U.S.

So, Magento 2 is going to gradually replace Magento 1 and that's why it should become more similar to the first version of the platform. But perhaps it will take its own course... Well, we'll follow it in our further publications. Stay connected...
Tagged as Magento 2 tips